About My Ford RS

I've had a handful of turbo AWD 4-cylinder cars in my life. For the most part they always brought me joy when behind the wheel. For one particular vehicle the more speed parts I put on it the slower it got. I don't want to repeat that with my RS. Cheap/Fast/Reliable - You only have 2 choices unfortunately. Therefore, I choose Fast/Reliable.

what you need to know

The 2016-2018 Ford RS is the third generation of Focus RS following the 2002 and 2009 models. It's also the 30th RS performance car from Ford since 1968, and the first with pro-rally driver and legendary Hoonigan Ken Block as a development consultant. Historically, the Focus RS is a model renowned for performance, everyday practicality, and a down-to-earth price tag. And the new model takes this philosophy to extremes. 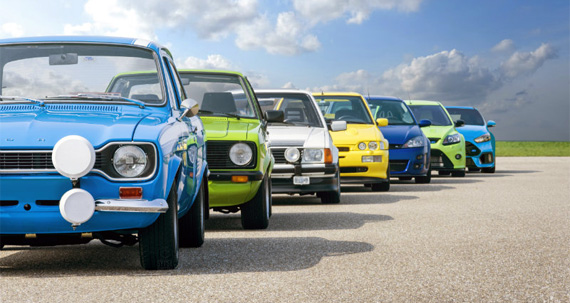 The Ford RS uses the GKN Twinster system. The Ford Performance All-Wheel-Drive system is based on twin electronically controlled clutch packs on each side of the rear drive unit. These manage the car's front/rear torque split, and can control the side-to-side torque distribution on the rear axle - delivering the "torque vectoring" capability that has a dramatic impact on handling and cornering stability.

The control unit in the rear drive unit continuously varies the front/rear and side-to-side torque distribution to suit the current driving situation, monitoring inputs from multiple vehicle sensors 100 times per second. A maximum of 70 percent of the drive torque can be diverted to the rear axle. Up to 100 percent of available torque at the rear axle can be sent to each rear wheel.

During cornering, the rear drive unit pre-emptively diverts torque to the outer rear wheel immediately based on inputs such as steering wheel angle, lateral acceleration, yaw and speed. This torque transfer has the effect of "driving" the car into the bend, achieving improved turn-in and stability, and virtually eliminating understeer.

To deliver optimum driving dynamics, the Ford Performance All-Wheel-Drive system was calibrated alongside the car's advanced Electronic Stability Control, in particular the brake-based Torque Vectoring Control system that works in parallel with the torque-vectoring AWD.

Translation: For 2016 and 2017 models the front differential is an open differential with brake-based torque vectoring. All 2018 models were equipped with a Quaife front LSD.

History of the Ford RS